£22,000
Code
3964
Add to Wish List
About this piece
The top formed as two wide walnut boards with cleated ends; old marks and scars throughout with one heavily worn corner surface. The trestle supports, linked by two wrought iron stretchers with decorative turnings and flattened foliate flourishes to the bottom ends. Each trestle with leaf carved outer edges and scrolling feet, the cross bars with stylised arabesques.

A rare survival, displaying the battle scars of the past 400 years; these tables are often nineteenth century and made from earlier elements. This double plank trestle table may originally have supported a Vargueño; a desk cabinet with fall-front containing brightly decorated combinations of drawers.

The quality of walnut, with its aged depth of colour, the accomplished design and the capable old restoration to the feet shows that this is a piece that has been appreciated through the years. Interestingly, there is an area to one corner of the top that has seen repeated wear, creating a dished, textured scar suggesting its use as a scribe or apothecaries' working desk.

The Metropolitan Museum hold a table in their collection with a similar carving to the fronts of the legs and straight iron supports, formerly in the collection of George Blumenthal; see accession number 41.100.299.

Sotheby's 2006 Haute Epoque sale saw another variant of this trestle table - again with the carvings to the fronts of the legs & straight iron supports - with the addition of the Aguilar de la Frontera coat of arm. It seems reasonable to suggest that the carved decorations of these tables are an Andalusian motif derived from the Nasrid dynasty who ruled Granada and the 'el-Andalus' territories during the 13th to the 15th centuries.
Details & Dimensions
H 83cm x W 172.5cm x D 94cm
H 32½" x W 67¾" x D 37"
Open PDF 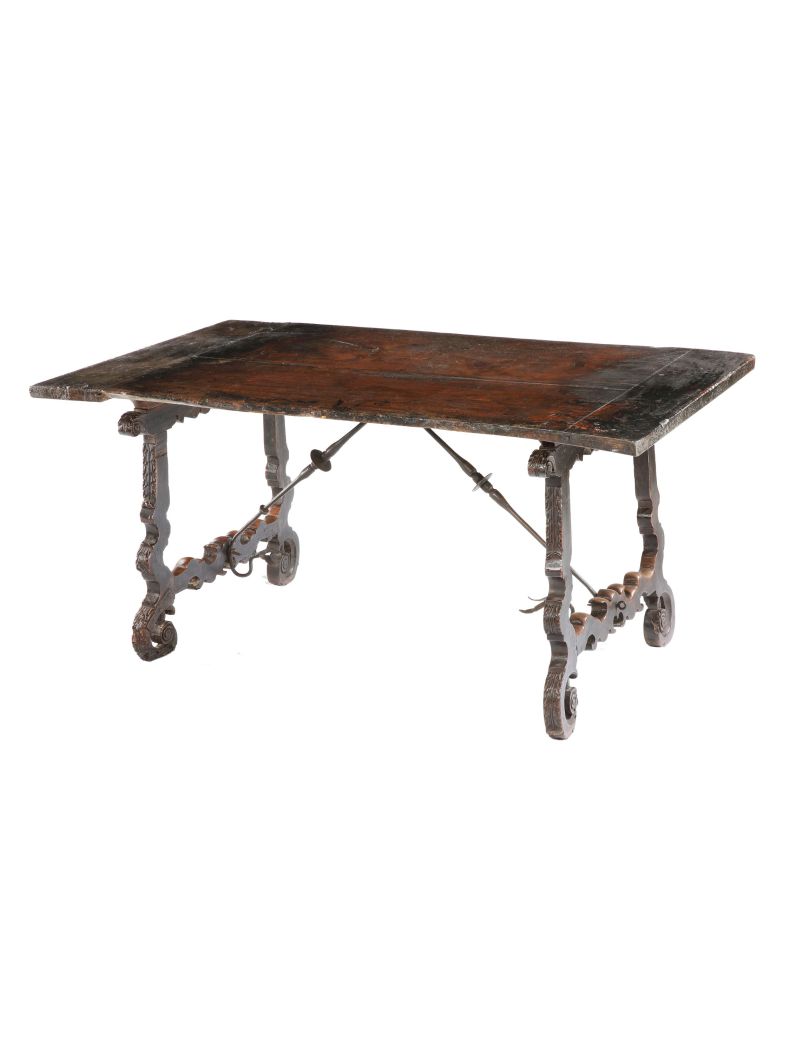 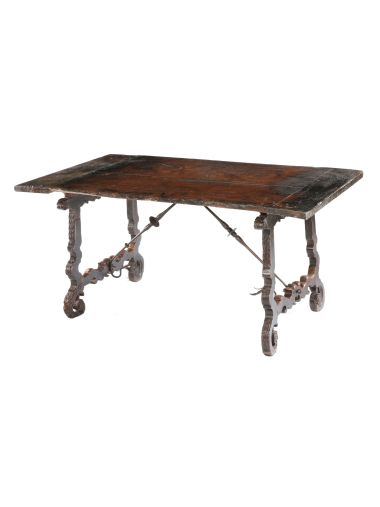 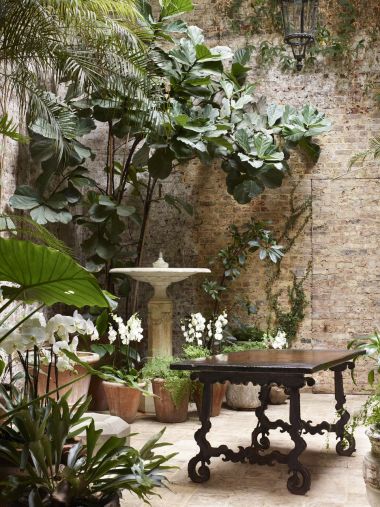 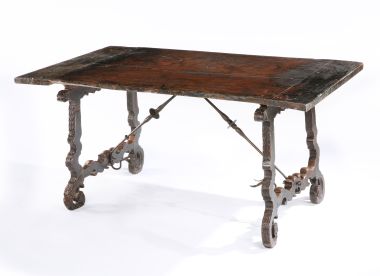