"What I did was to bring an ancient art into our modern art by integrating it with electricity. I coined for them the name AKARI, which in Japanese means light as illumination, just as our word light does. It also suggests lightness as opposed to weight."

Noguchi produced his first Akari lantern at the Ozeki lantern factory, Gifu in June/July 1951 and they subsequently went into commercial production the following year being sold in Tokyo & Osaka. In 1953, following patent applications (granted in 1956) for the design, the lights were retailed by Bonniers, New York and in 1955 they began to be both produced and sold in Europe.
Details & Dimensions
H 160cm x Dia. 32cm
H 63¼" x Dia. 12¾"
Open PDF 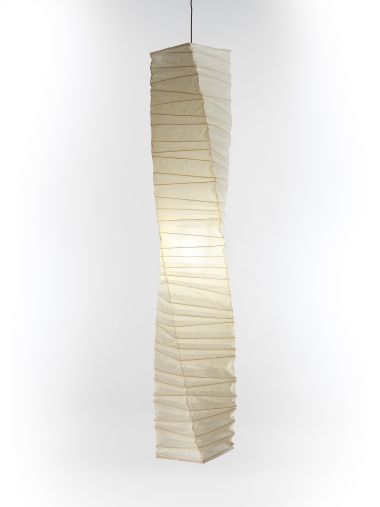 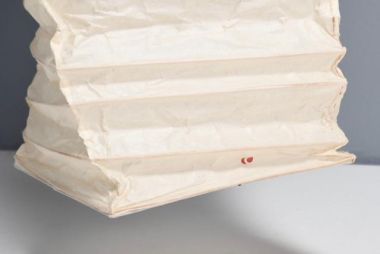 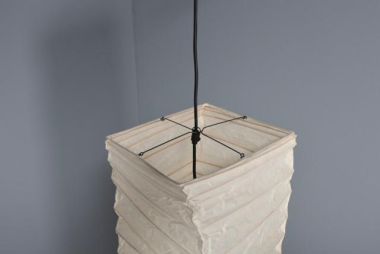