The modular shelf-library with 'Demon' supports appears in sketches by Mategot (image 2) and was designed to be used in different ways, depending on the wall space and storage required. Under the post-war re-organisation and guidance of the UAM (The French Union of Modern Artists) Mategot would exhibit in the 'Useful Forms' section at various Decorative Salons during the 1950s, show casing his latest designs. Dealing with restricted space was the principle focus of French decoration at the time, with themes such as 'Youth and the Living Environment.' Mategot's 'Hotel Room for North Africa,' (image 3) where he furnished the interior of one of three bungalows (image 4) presented by the Touring Club de France at the 1953 Salon des Artistes Decorateurs, shows a comfortable and light ensemble, where the Biblio Démon makes one of its first public appearances. Two shelves can also be seen at the 1954 Salon des Ménagers (image 5). With restrained panache Mategot's bookcase elegantly captures the alliance of 'the useful and the beautiful' as demanded by the requirements of the age and Salon curators such as Paul Breton.
Details & Dimensions
H 104cm x W 95cm x D 22cm
H 40.96" x W 37.42" x D 8.66"
Open PDF 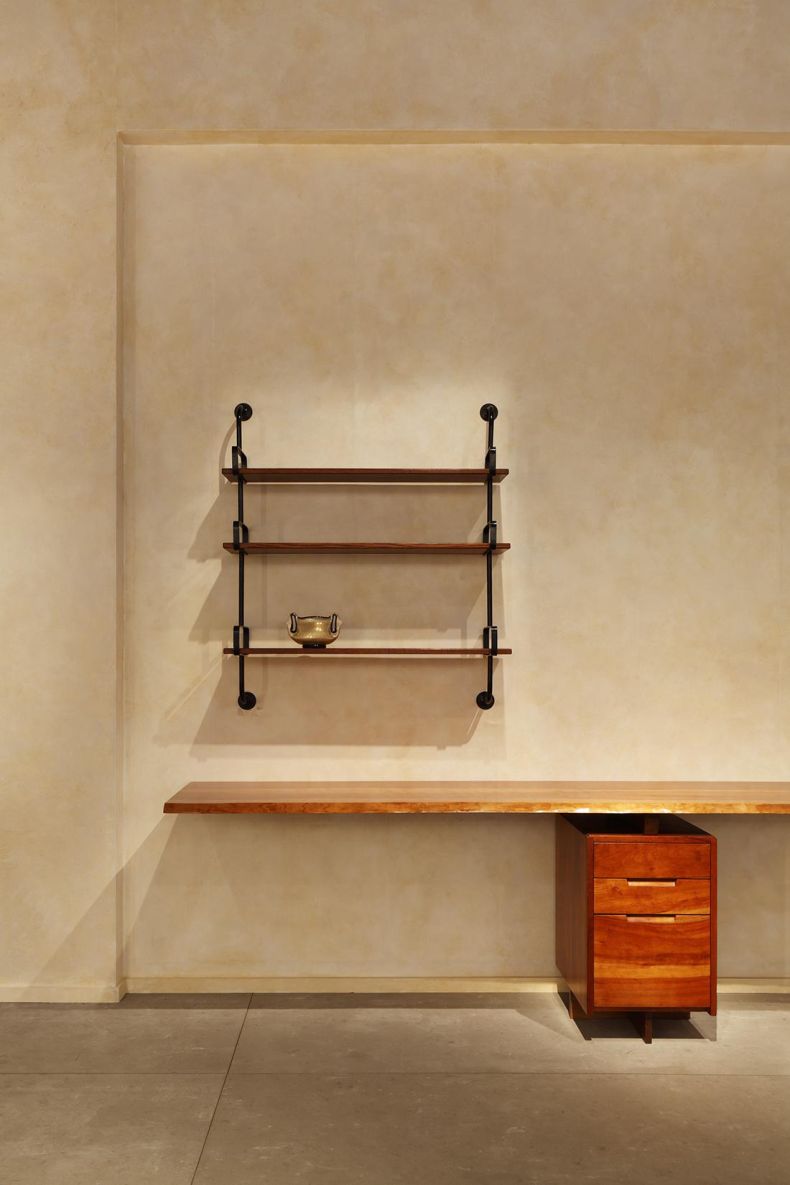 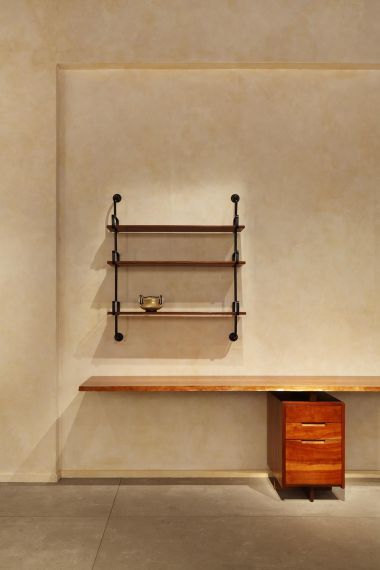 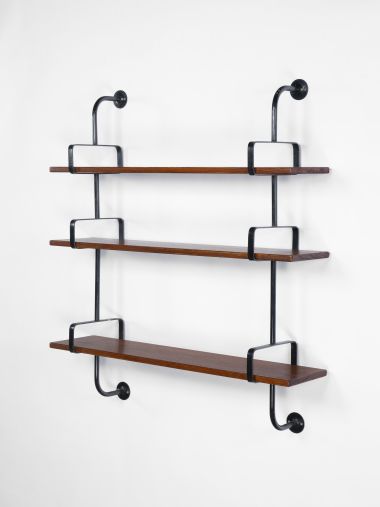 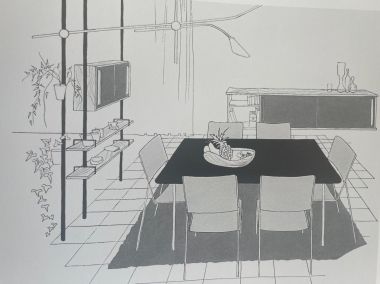 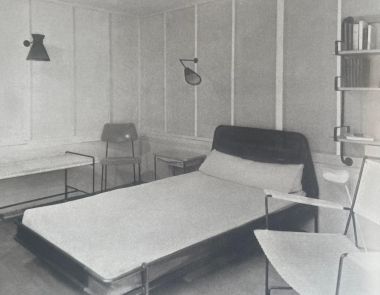 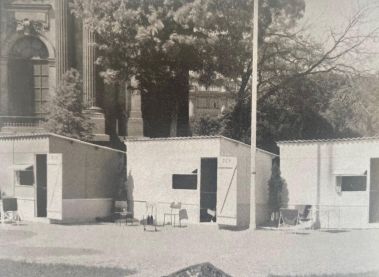 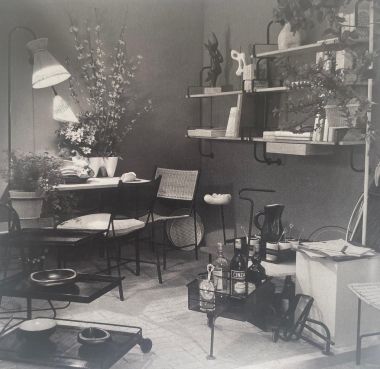 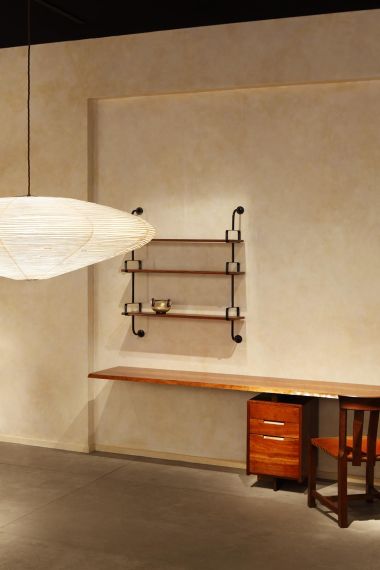