by Owen Jones
£45,000
Code
6288
Add to Wish List
About this piece
Circa 1873
Designed by Owen Jones and manufactured by Jackson & Graham, London

Veneered with sycamore, rosewood and walnut, all covered in RU Argent (5377)

It appears that the suite of furniture was originally covered with a woven Jacquard silk to Owen Jones' design called "Sutherland." This was woven by Warner, Sillett & Ramm (Image 7).

Watercolour designs for the proposed furnishing of Eynsham Hall are in the collection of the library of Reading University. The proposal for the conjoined drawing room, music room and card room shows the en suite armchair, but with two sofas of a more elaborate model from Jones's well known commission for Alfred Morrison. An example of the latter survives in a private London collection. The watercolour does show our daybed (see accompanying image 6), drawn end on beside the Drawing Room fireplace and with what appears to be the occasional table previously with Shutler (Image 8).

Presumably James Mason preferred the simpler design of the armchair to be applied to the sofas, although sofas of both designs may have been made. Our sofa is therefore likely to be one of a pair supplied for the music and card rooms. 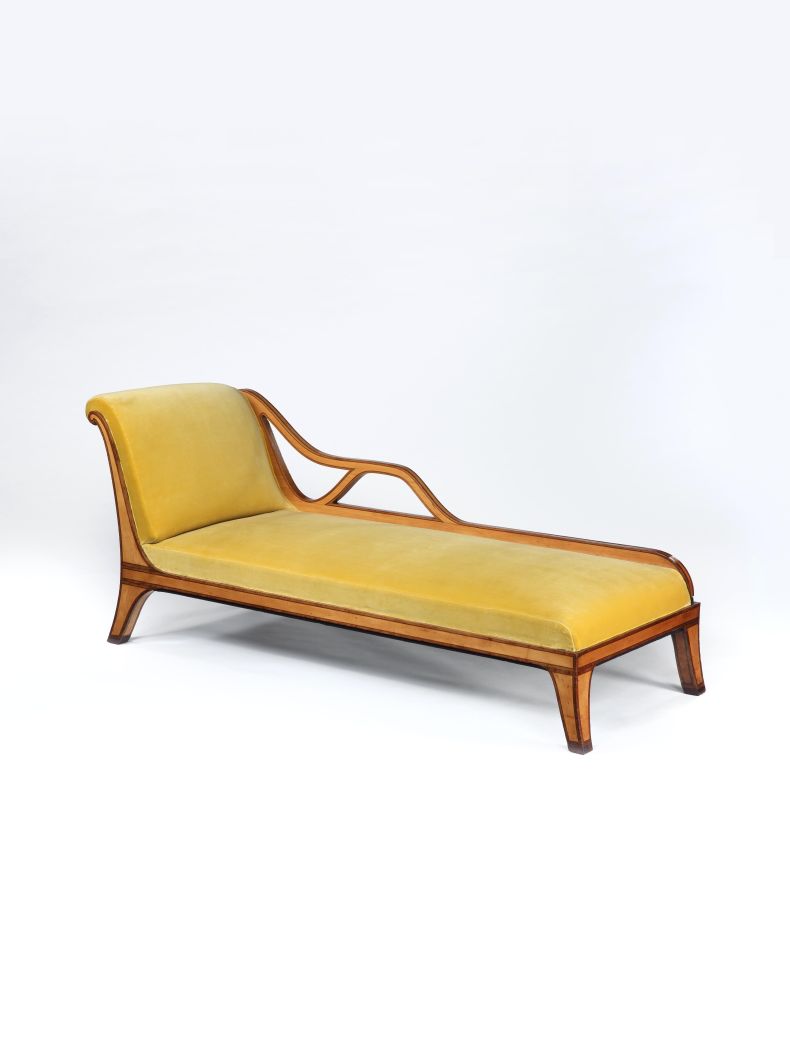 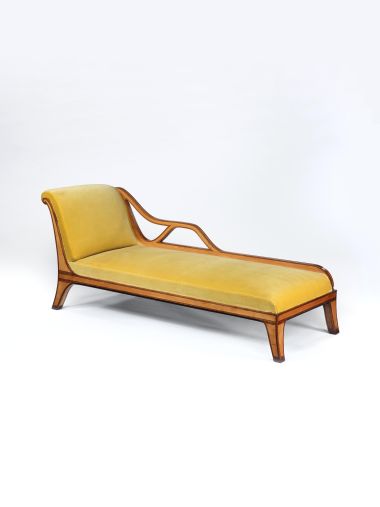 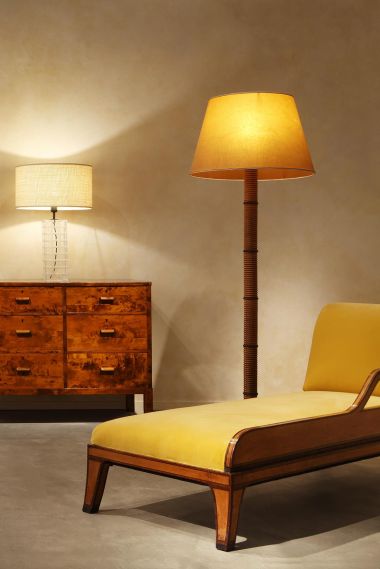 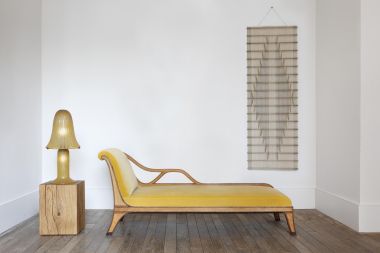 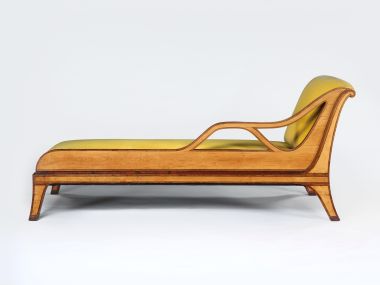 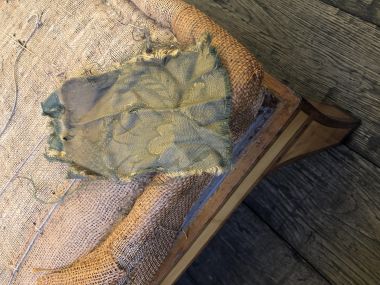 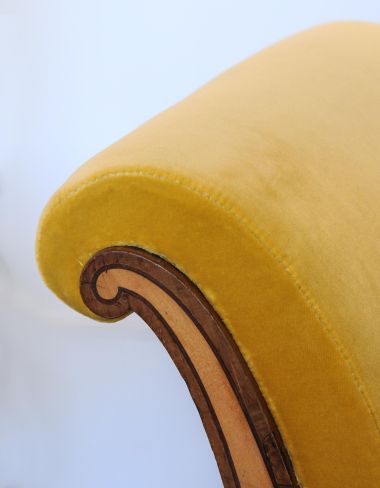 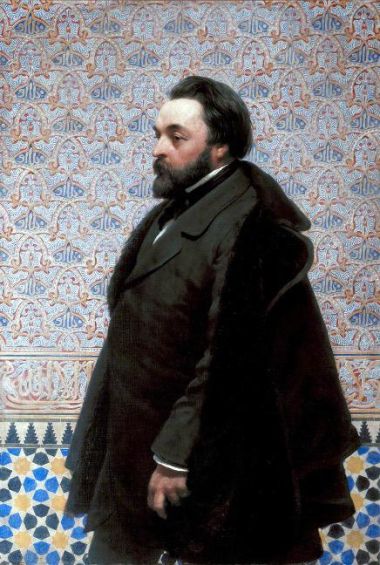 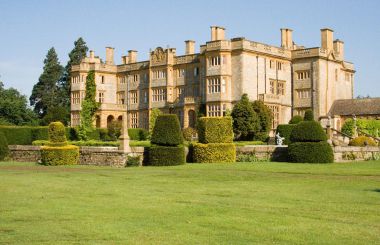 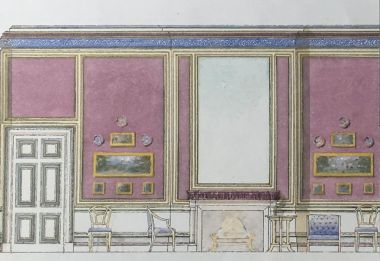 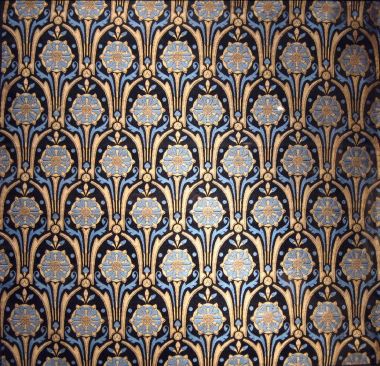 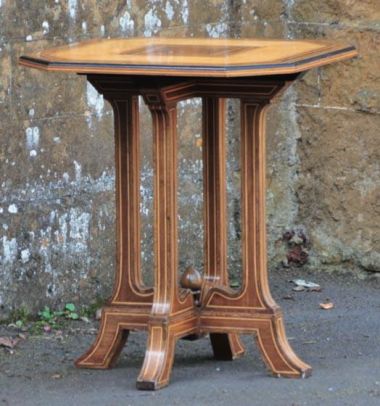