£28,000
Code
6048
Add to Wish List
About this piece
In the Baroque style, the monumental frame with carved scrolling acanthus leaves and laughing masks/gargoyles

This handsome gilt frame is a true testament to the theatricality of the Italian Baroque style. Symmetrical in design, it is constituted of an inner wood moulding adorned with an expressive foliate labyrinth of heavily undercut, pierced acanthus leaves, weaving and twisting over one another. At the crest and base, at the corners, and punctuating each vertical side of the frame, the scrolling leaves border contorting, mask-like faces. These decorative features represent the essence of Baroque carved gilt wood ornament: a flat border which morphs into the three-dimensional, and a dynamic design exploiting the effects of light through the high and low relief, and use of gold leaf.
The significant size and luxuriousness of the design suggests that the present frame would have belonged to a wealthy patron. Observing this frame through the period eye, we can understand that its bold intricacy, and gilt finish were intended to distinguish the piece from the horror vacui of its surroundings: coloured marbles, kaleidoscopic and rich, textured materials such as velvets and satins, that would have adorned the Baroque interior. Mirror frames such as this would often have been paired with a gilded table beneath of similarly fervent decoration, arranged to announce the ornament's presence in the three-dimensional space.
The eight faces that interrupt the botanical maze are the most beguiling features of the mirror frame. Their individualised, dramatic expressions are intended to elicit an emotional response in the viewer, as was typical of Baroque design. Thus the functional object becomes a work of art in and of itself, whilst its eight characterful faces remain subtle in their camouflaged gilt context. The symbolic relevance of the masks in this particular frame is unknown: however, it was often the case in Baroque designs that allegorical ornamentation had little relation to the object itself. In any case, they serve as a reminder of the movement's playful theatricality. Indeed, green-man masks, as these motifs were known, signifying a face constituted of or emerging from overlapping leaves, were the perfect Baroque fusion of drama and the organic world.
The Baroque began as a response to the austerity of Protestantism following the Reformation. A cultural retaliation was ordered by the Council of Trent, which stated that the arts should communicate religious themes and encourage emotional and spiritual involvement from the viewer. Gianlorenzo Bernini (1598-1659), an architect and sculptor of the period, paved the way for gilded frames such as this with his St Peter's Chair & Gloria, 1666, housed in St. Peter's Basilica.
The fashion of gilt frames, and later, furniture, originated in religion and devotion. Gilding techniques involve the use of either a water or oil-based adhesive that allows the gold leaf to attach to a layer of gesso, which is built up gradually over the wood. In a Western context, religious images employing gold leaf, either on the frame or the painting's surface, were intended to conjure an ethereal, heavenly presence, in the hope of inspiring the worshipper's spirituality. However, gold leaf also possessed functional qualities: its illuminating features proved useful in dark, candle-lit churches, and could reflect light from the frame onto the devotional image within. Centuries later, this feature proved particularly advantageous in mirror frames, which could direct the light from the room onto the mirror's subject.
Details & Dimensions
H 196cm x W 145cm
H 77" x W 57"
Open PDF 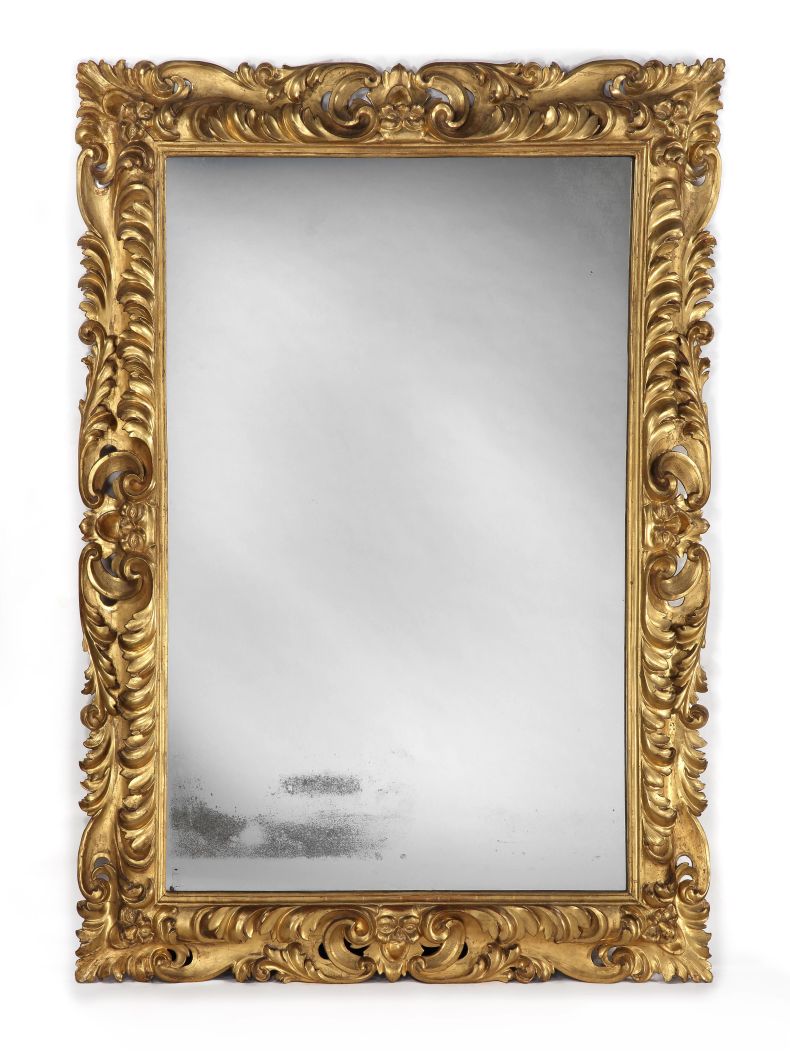 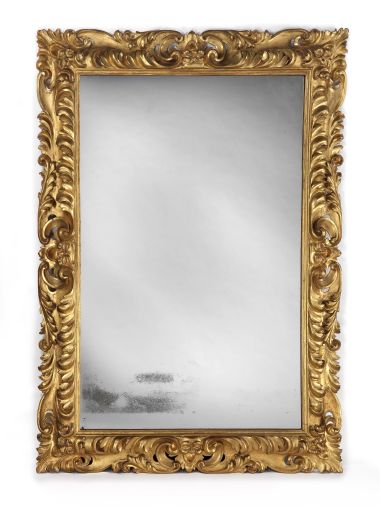 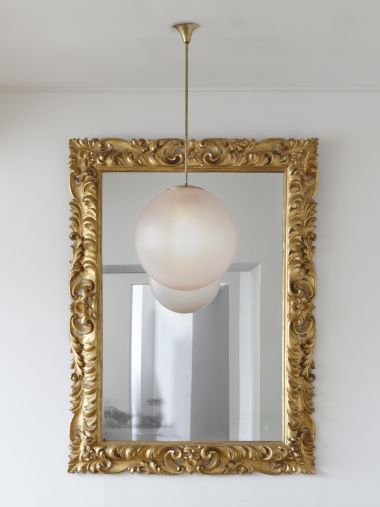 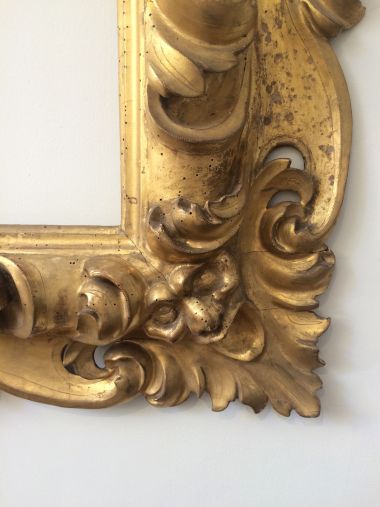 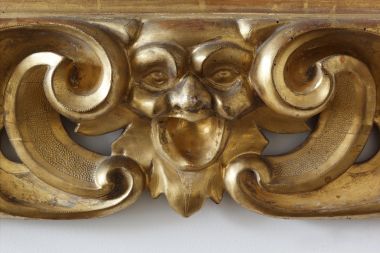 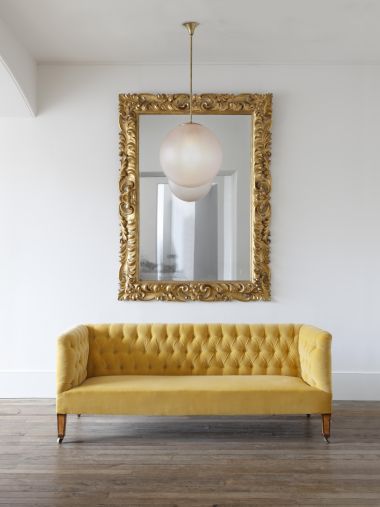