by Peter Collingwood
£30,000
Code
7644
Add to Wish List
About this piece
The threads of Macrogauze M161A follow linear, and zigzagging lines, layered over each other in their alternate black and beige pigments, in a way that would have been impossible before Collingwood formulated his innovative technique. The macrogauze method relies heavily on the vertical nature of the weave, with very little thread moving horizontally. The steel rods have a structural purpose of ensuring that the artwork hangs flat. However, the natural bends and twists of the hanging is what gives the macrogauze a sense of movement as well as direction: the warp serves as a structural feature, allowing the piece to support itself.

The 'Macro-gauze' was first created in 1964 as a response to a visit to the United States in 1963; particularly the work of Lenore Tawny; a pioneering artist who combined steel and brass with linen threadwork. This groundbreaking 'Macro-gauze' generated an ongoing oeuvre in Peter Collingwood's work, in both 2D and 3D, the compositions based around mathematical sequences and geometric patterns.
Details & Dimensions
H 170cm x W 62cm
H 66.96" x W 24.42"
Open PDF 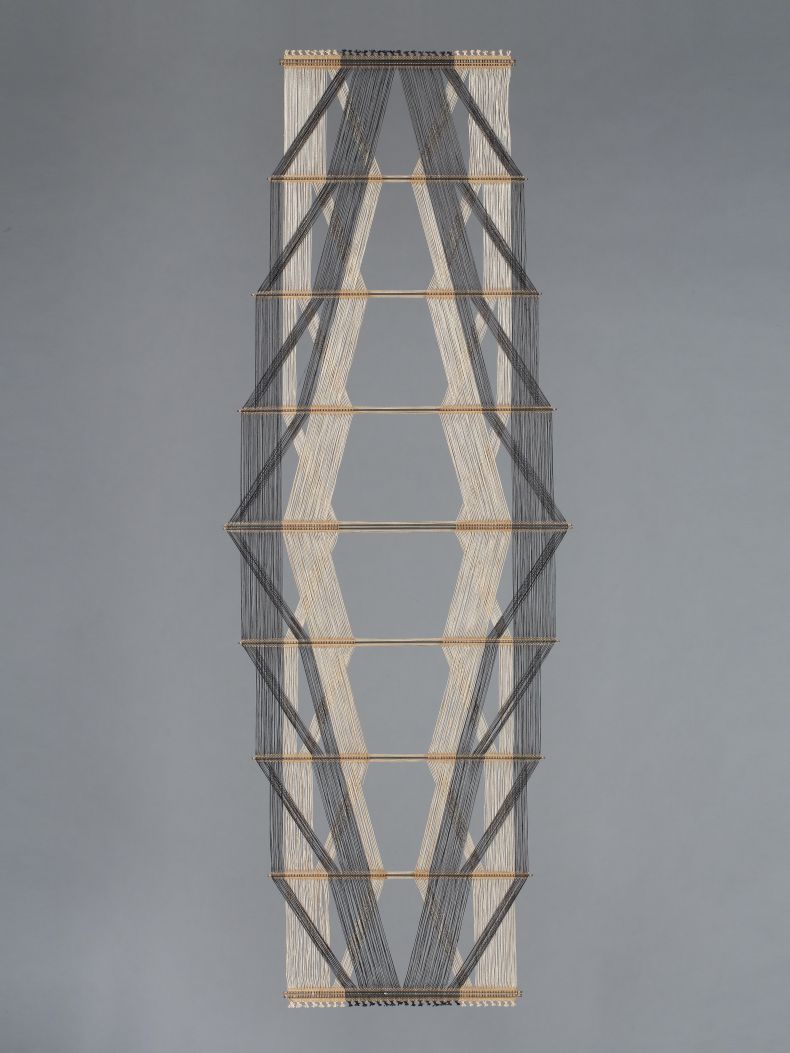 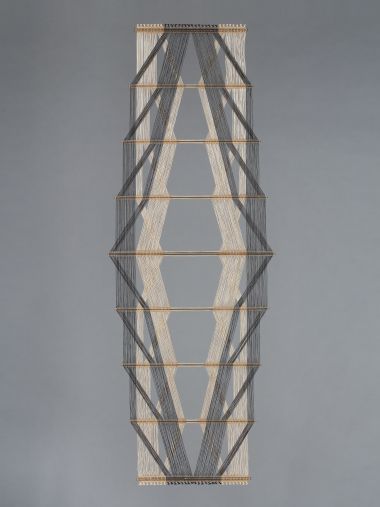 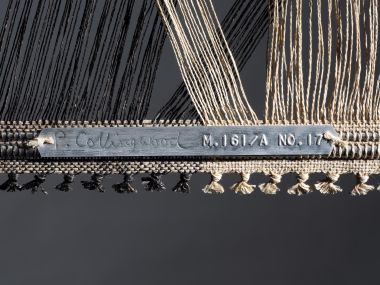