Very Rare 'Light of The Future' by Poul Henningsen

The House of Tomorrow' was an ultramodern home built as an exhibition space in Copenhagen in 1959.  Poul Henningsen installed 20 ceiling lights that fufilled the futuristic theme of the interior.  Designed to appear floating space, these light sculptures captured the attention of the visitors with both their innovative fluorescent palette of reds, yellows and whites, and an interplay of darkness and radiant light. Eighteen examples of the model remain, and two are in the permanent collection of the producer, Louis Poulsen

Based on the 'Artichoke' Light, a seven level shade fixture that in Henningsen's words combined the festive and the functional. The original design was allegedly inspired by PH's dream of making a lantern of 'free' leaves into the shape of a pine cone.

Derived from the celebrated 'Artichoke' pendant designed in 1958, this variation was developed by Poul Henningsen for the 'House of the Day after Tomorrow' exhibition held the following year at Forum, Copenhagen. The installation was spearheaded by architect Ole Helweg who entrusted the lighting design of the pavilion to the expert hands of Poul Henningsen. With the Louis Poulsen workshop and its quality craftsmanship at his disposal, the designer drew directly from his deep technical understanding of the light spectrum, which had greatly influenced his style and designs since the beginning of his career.

The present model enhances the techniques Henningsen had implemented with the creation of the Paris lamp, designed in 1925 for the Exposition Internationale, where the lightbulb is skilfully concealed behind the elegant metal housing, yielding ambient luminosity originating solely from reflection of the direct light rays on the surrounding panels. For the 'Future' project Henningsen used his knowledge of the spectrum ray not only to execute a technically complete pendant but to give free expression to his creativity as a designer. The pendant is composed of trapezoids of aluminium rotating as a spiral, and horizontally subdivided into three sections using different colour paint. The colour choices were, as much as every small detail of Poul Henningsen's work, not the result of a spontaneous inspiration but a carefully planned arrangement. In response to ultraviolet light - as opposed to incandescent light - the coloured panels of the pendant replicate the colour scale of the ray spectrum. With the production of the model limited to 20 examples, the 'Light of The Future' pendant represents a rare expression for the designer's experimental creativity, and was far from his mass-production designs, a light sculpture as much as product design.

In 1959 the 'House of the Day after Tomorrow' was captured by a British film crew working for Pathé News. As is so often the case, aspirations towards the future reveal more about the present than any aspirational destiny, no matter how ambitious it may have seemed at the time. The short film records elaborately-coiffed guests sipping tea to a live soundtrack supplied by a raucous ragtime jazz band. The scene is unquestionably the late 1950s. From the vaulted timber ceiling hangs a constellation of illuminated, flat-bladed satellites - Henningsen's pendants - no less striking today than the day they were created, and the surest manifestation of what 'the future' might be. 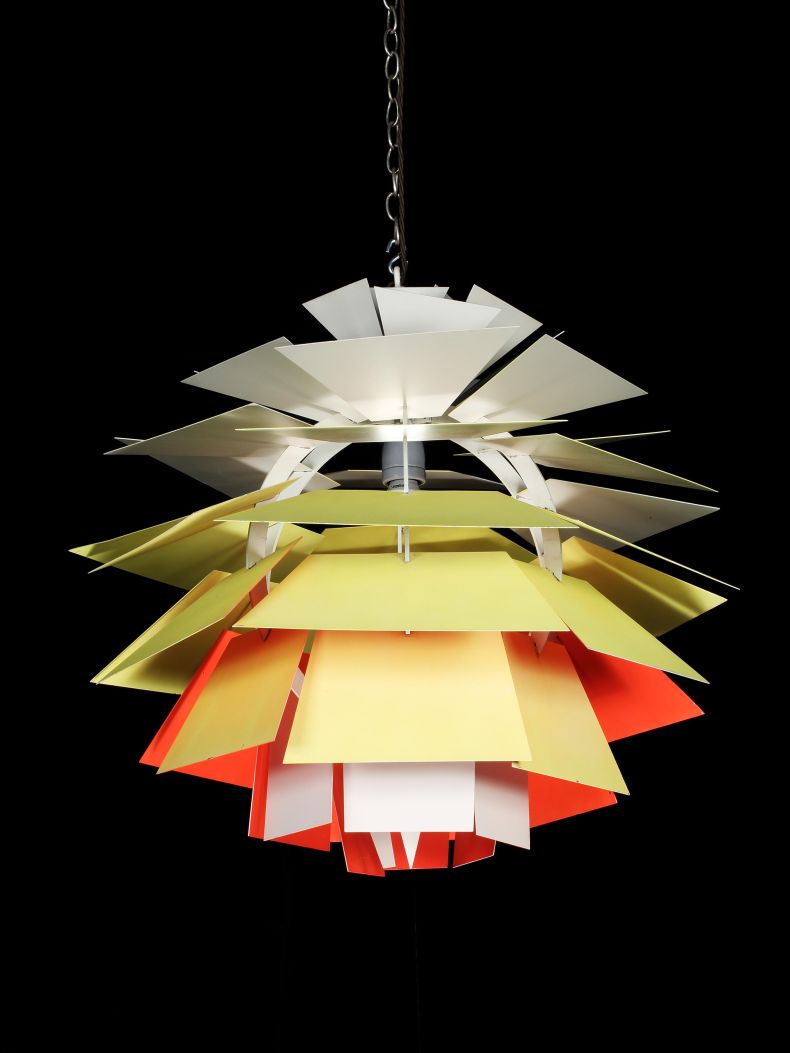 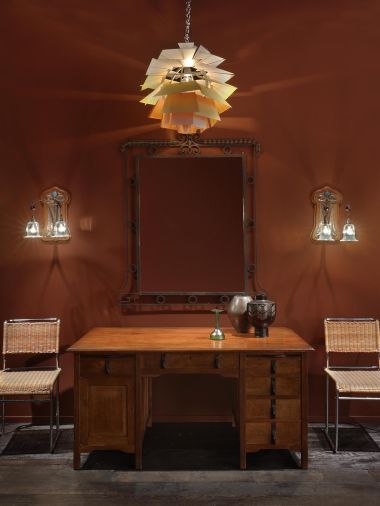 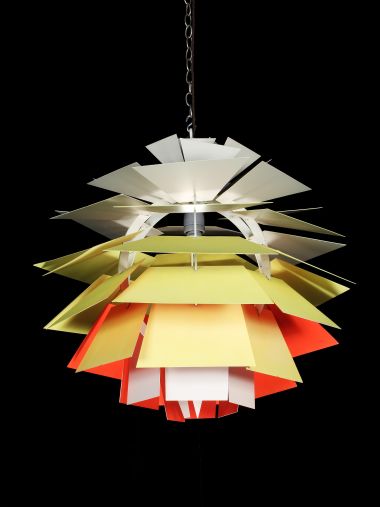 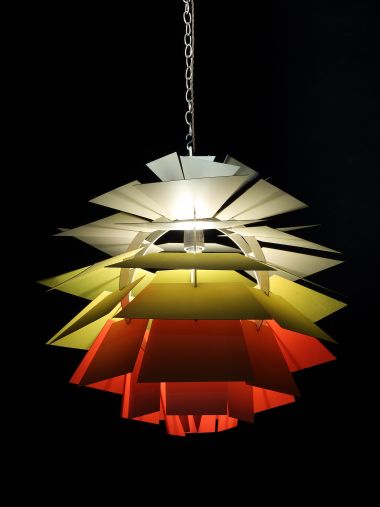 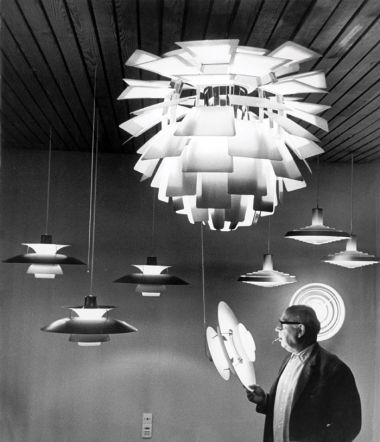 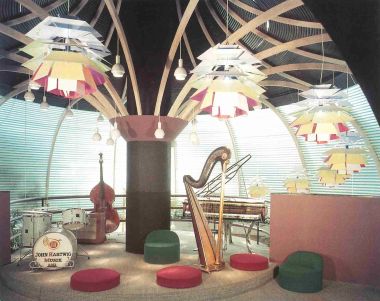 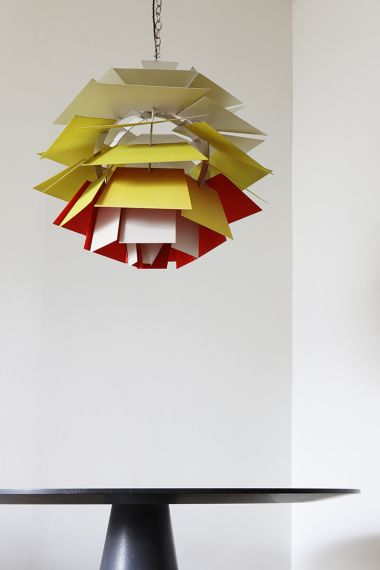 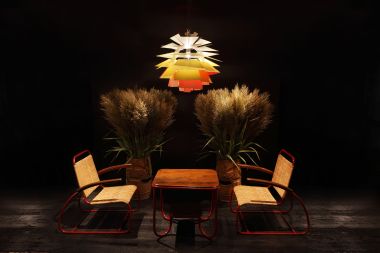