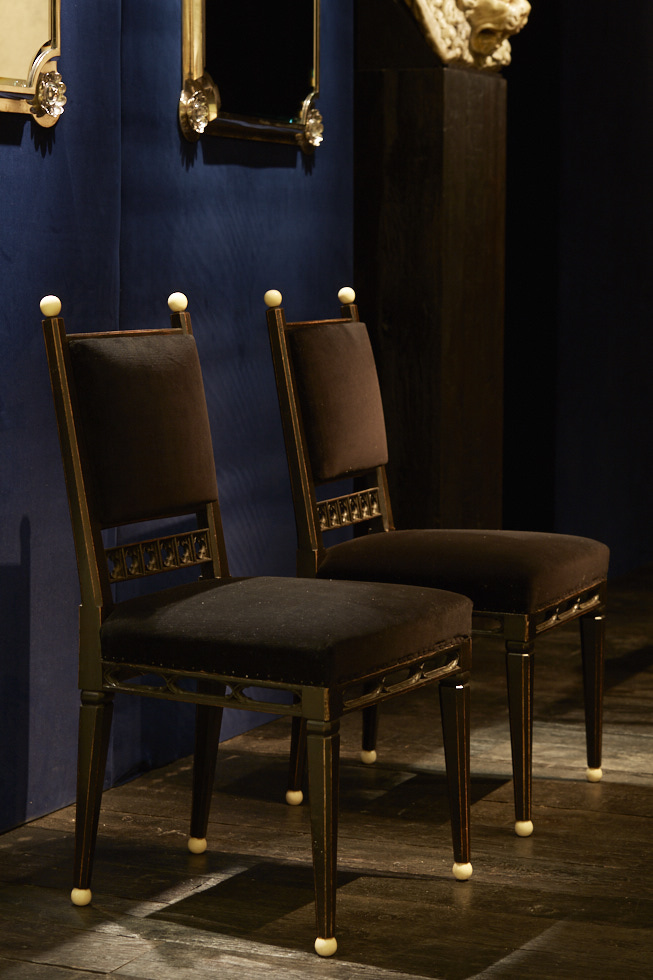 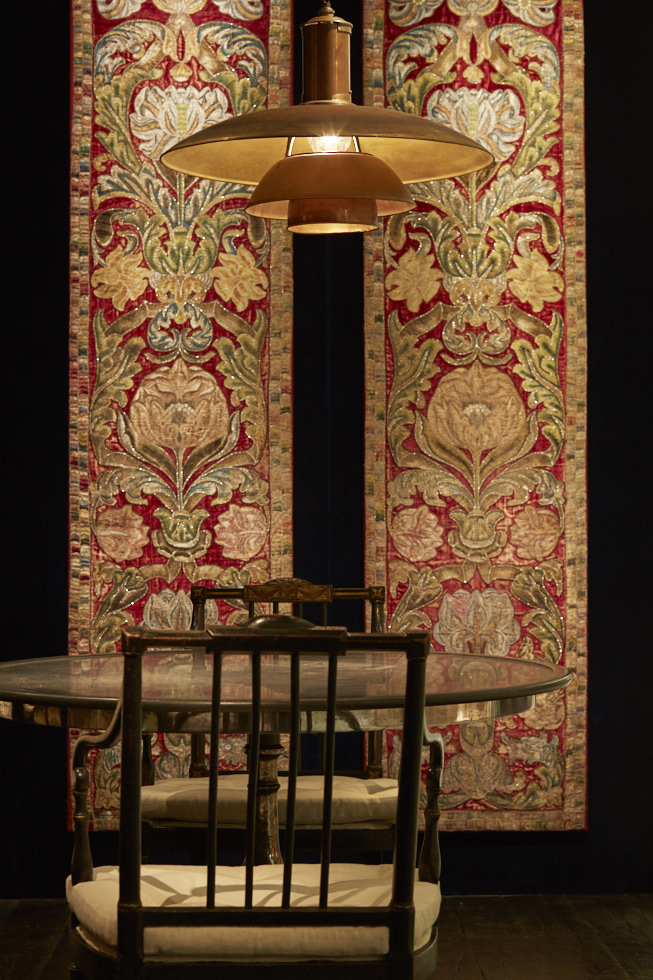 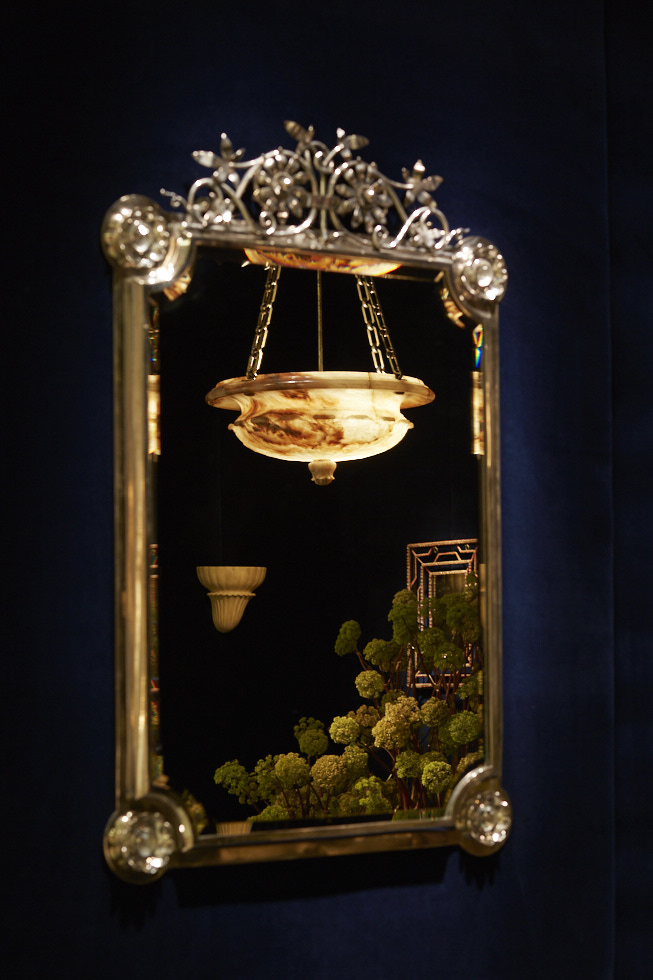 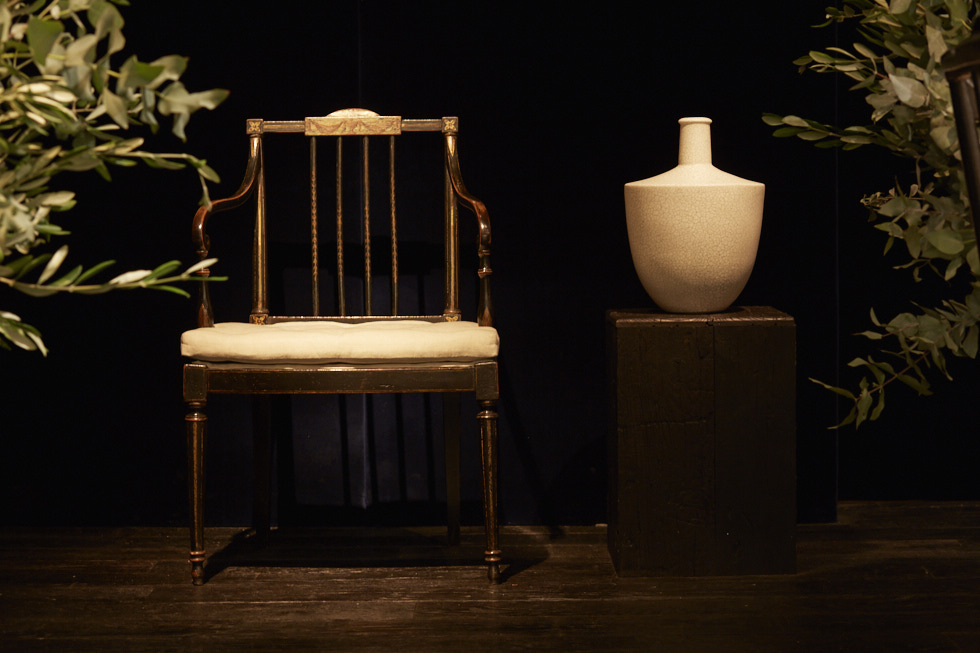 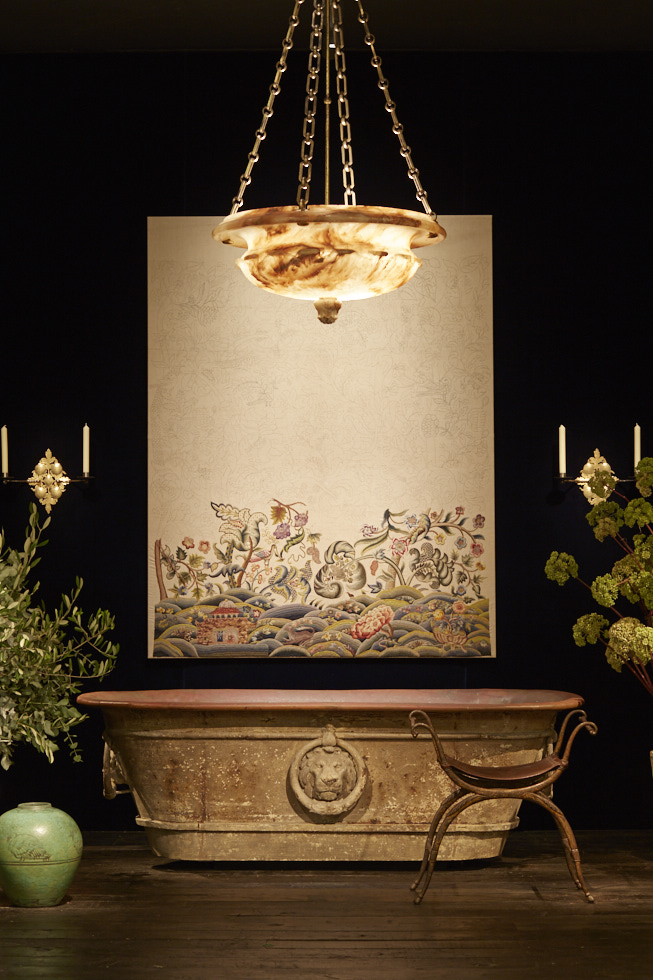 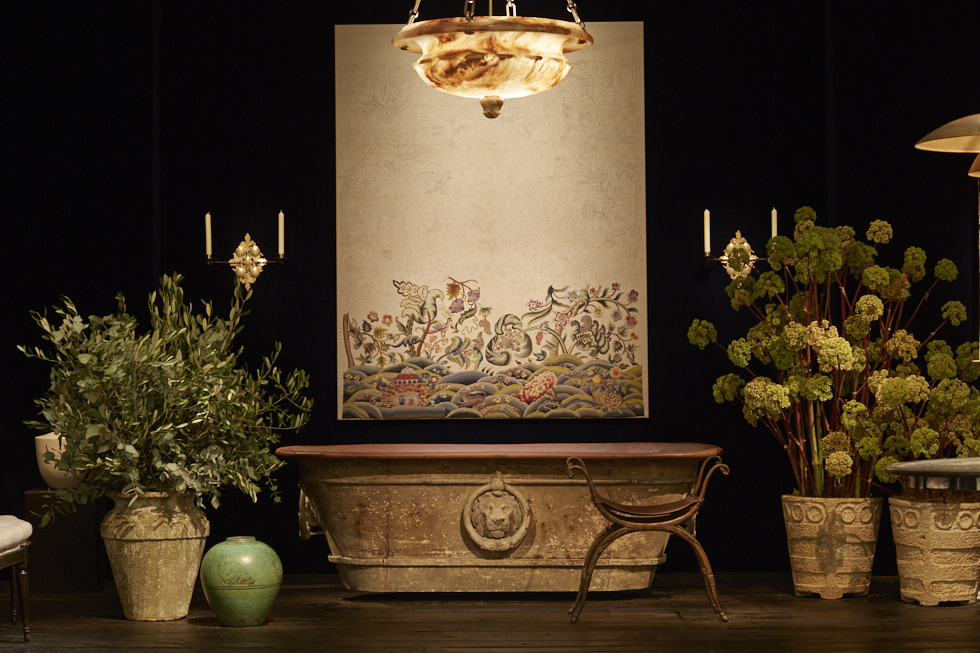 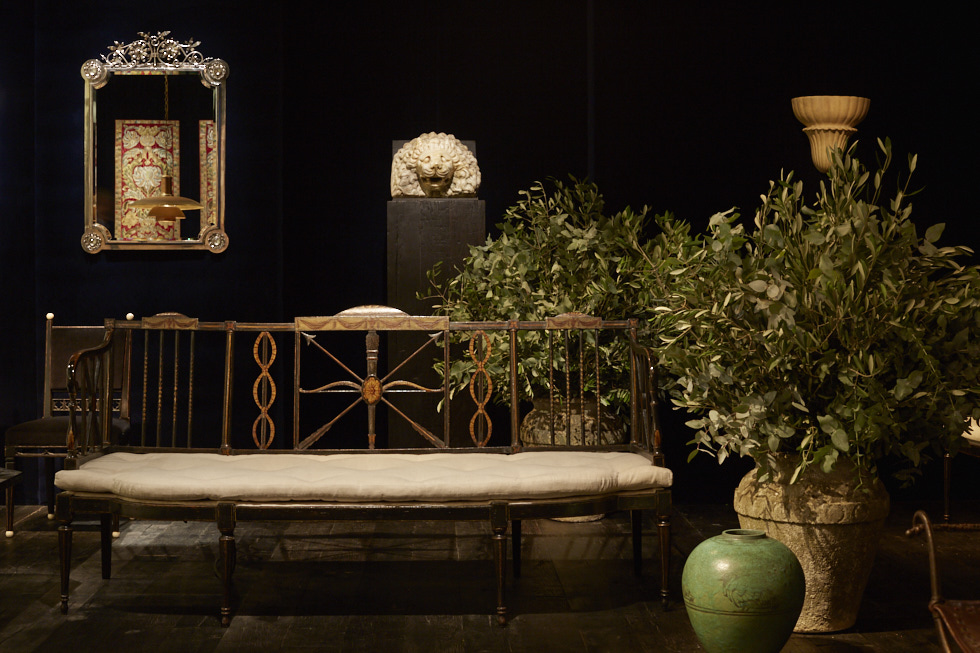 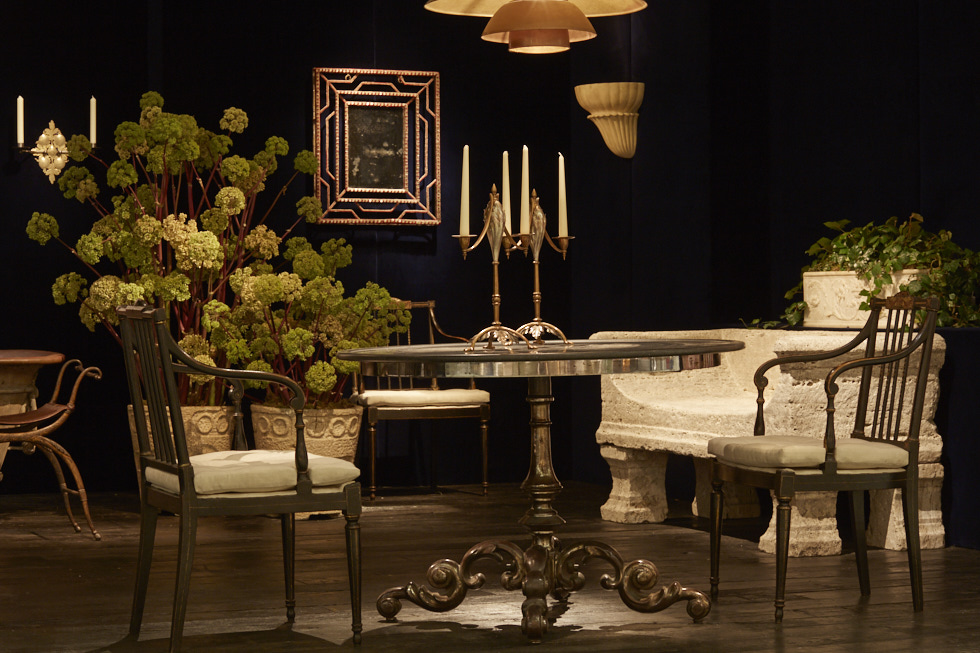 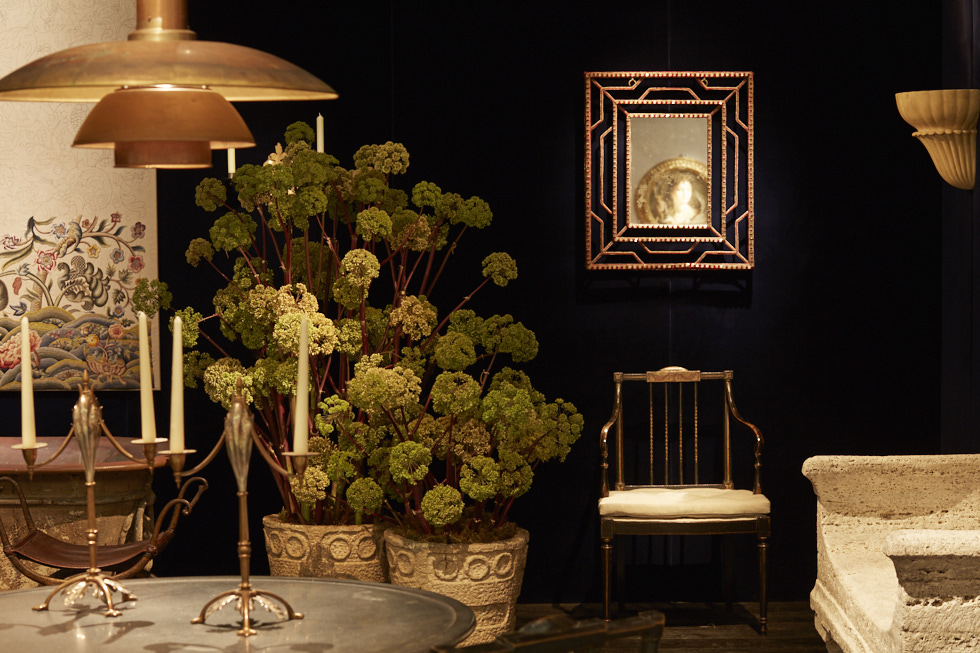 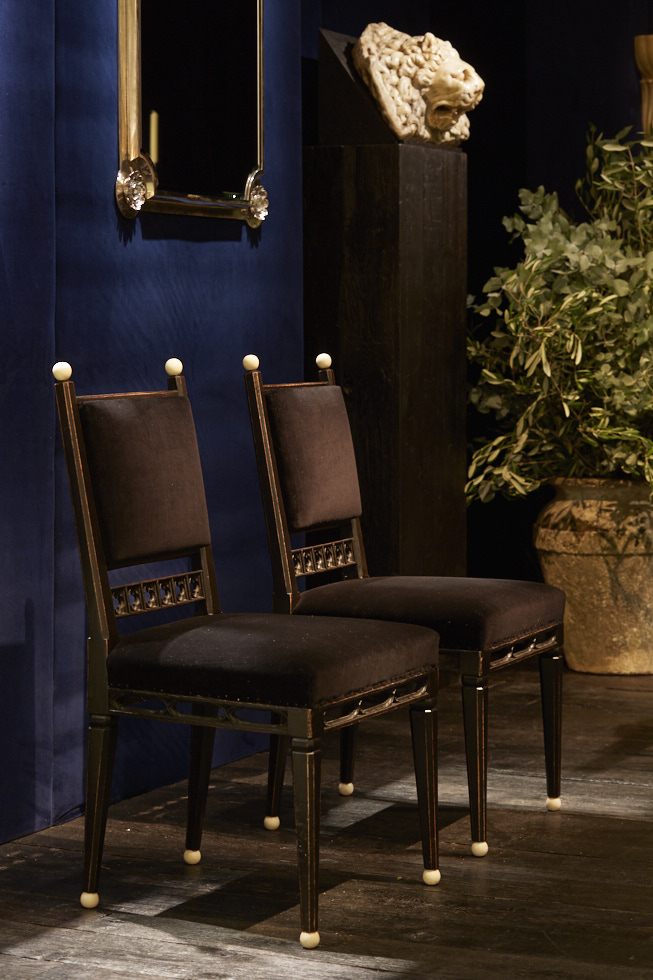 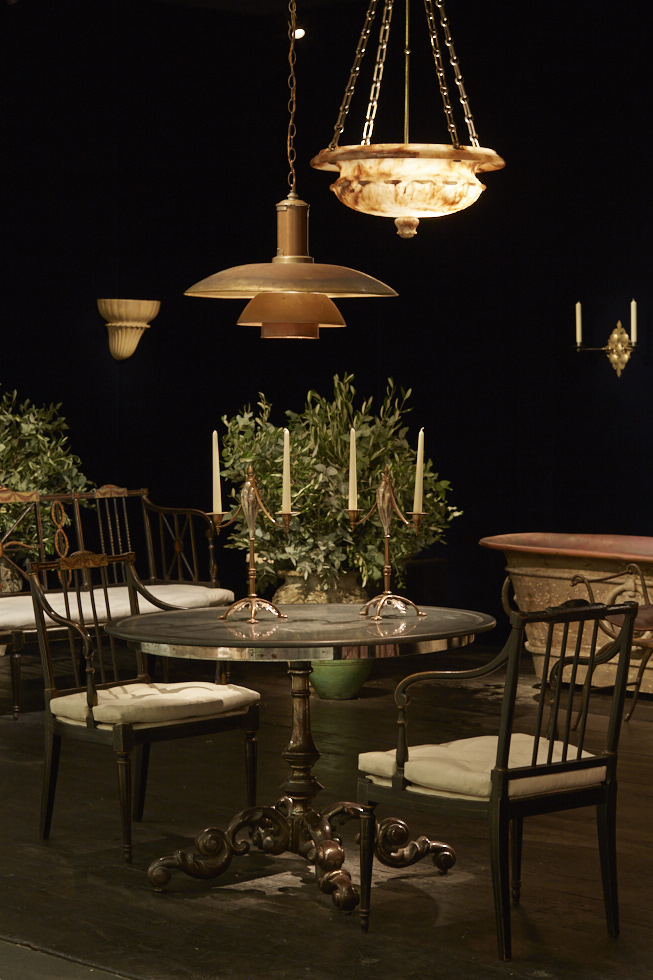 Rose Uniacke were once again delighted to exhibit at London’s prestigious Masterpiece 2017, in the grounds of the Royal Hospital Chelsea.  Masterpiece has fast established itself as the World’s leading International cross-collecting fair for the buying and viewing of furniture art and design, from antiquity to the present day.

Surrounded by the many exceptional pieces on offer, Rose’s stand was described in Architectural Digest’s “The Best of Masterpiece” as a “treasure trove” of desirable items.  Dramatic yet serene it typified her ethos of presenting the finest antique objects and furniture in a thoughtful, contemporary way. This year’s offering evoked the eclectic collection of a discerning Georgian gentleman, returning with his treasures from the Grand Tour.

Key pieces, curated by Rose across diverse time periods and locations appeared to glow and hover within luxuriously upholstered walls, assuming something of the status of sculpture against an inky blue velvet from our recently launched RU Fabric range.

A partially completed crewelwork tapestry by The Ladies Work Society with exquisitely stitched flowers fruits and exotic birds and a hound leaping through a fanciful Chinese landscape.

A George III ebonised sofa and four companion armchairs stationed in pools of light against a dark oak floor beneath a superbly scaled alabaster and gilt-bronze hanging lamp.

The stand was dominated by an imposing Soanesian tub in the form of an ancient sarcophagus, originally from the grounds of Pitzhanger Manor, and a Travertine bench, carved from a single block of marble discovered in a villa on the Apian way.

These relations and juxtapositions, in an uncluttered and rigorously edited space, attempted what Rose has described as “an emotional geometry.”